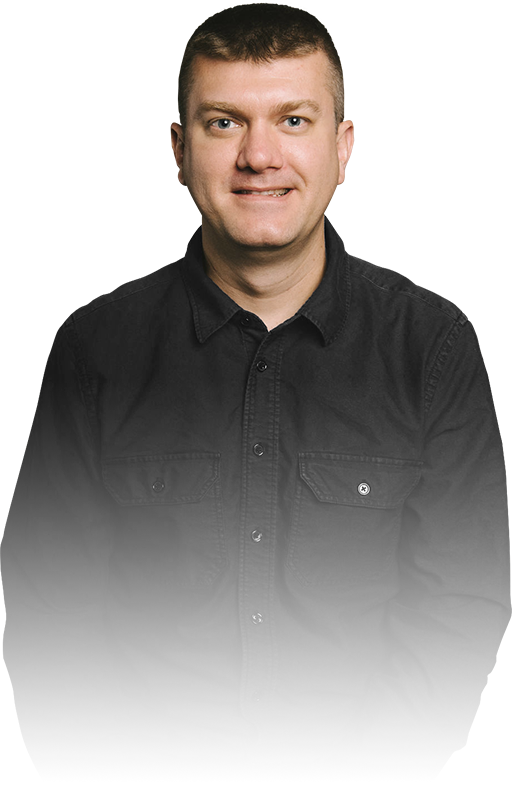 I currently leverage my experience to the benefit of my freelance clients while also pursing a passion project. If you need a hand with some work, reach out and we'll have a chat.

Prior to this recent freelance phase, I completed a second period of employment at Archrival, this time as Head of Innovation. Prior to that, I worked for several agencies starting out as an Interactive Developer and eventually progressing into Senior Developer and Digital Lead positions.

Born into a family of artists, I've expressed a passion for visual mediums as early as I can remember. At the same time, my interest in the technical world led me down a path of mostly self-taught programming and coding skills. By the time I reached the 10th grade, I was already working on contract web design & development gigs across the United States.

After graduating high school in 2001, I chose to temporarily delay further education and join the U.S. Army. Shortly after, due to the events of September 11th, I completed three combat deployments as an airborne infantryman with the legendary 82nd Airborne Division. This period of my life played a significant role in the development of my strong work ethic and attention to detail.

Upon finishing my enlistment, I moved to Orlando, FL to pursue a degree in visual design at Full Sail University where I graduated with a 3.87 GPA and earned the title of valedictorian. In 2012, a few years after moving to Lincoln, NE, I met the love of my life and we married in 2015. During the spring and fall we enjoy being outside in the company of each other and our dogs.