Red Bull hid thousands of Red Bull Energy Shots all across the country in hard-to-find places, then released clues through the Red Bull Facebook Page to their locations. Red Bull fans on Facebook accessed the clues through a custom Application by entering their zip code, which revealed the locations of the Stashes closest to them. Fans set out in the real world to find and claim the Stashes.

Fans that found and claimed a Stash were then eligible to participate in Final Stash, a mind-bendingly difficult virtual scavenger hunt that led users across E-bay, Youtube, Craigslist, Google Maps, Flickr, and more in a race to claim the Grand Prize - a trip to NYC to see Red Bull BC One.

Red Bull Stash was such a success that the brand decided to take the idea global, with the Netherlands, France, Germany, Spain, Italy and South Africa getting in on the fun as well through a new global system, complete with translations and customization per-country. Developed while under employment of Archrival. 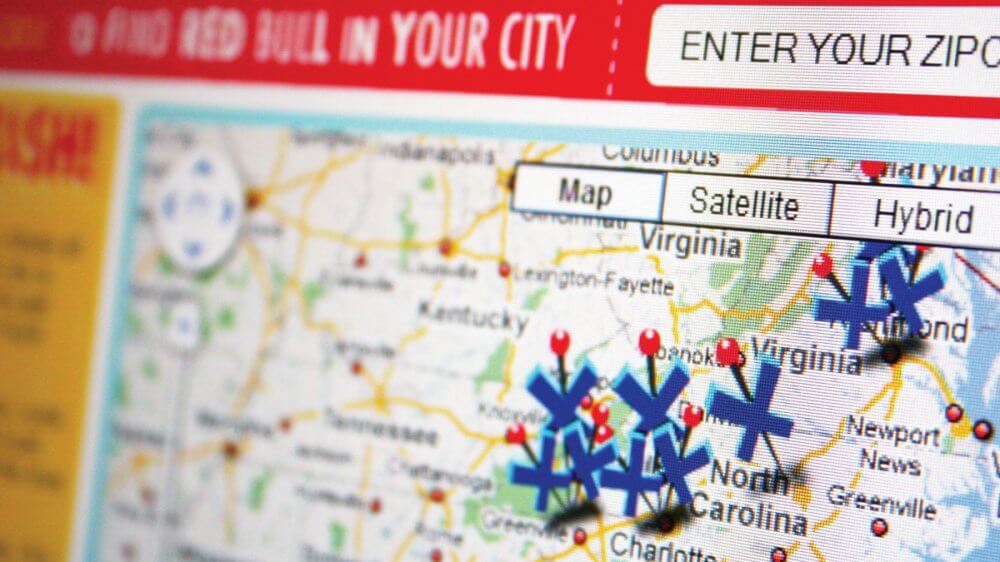 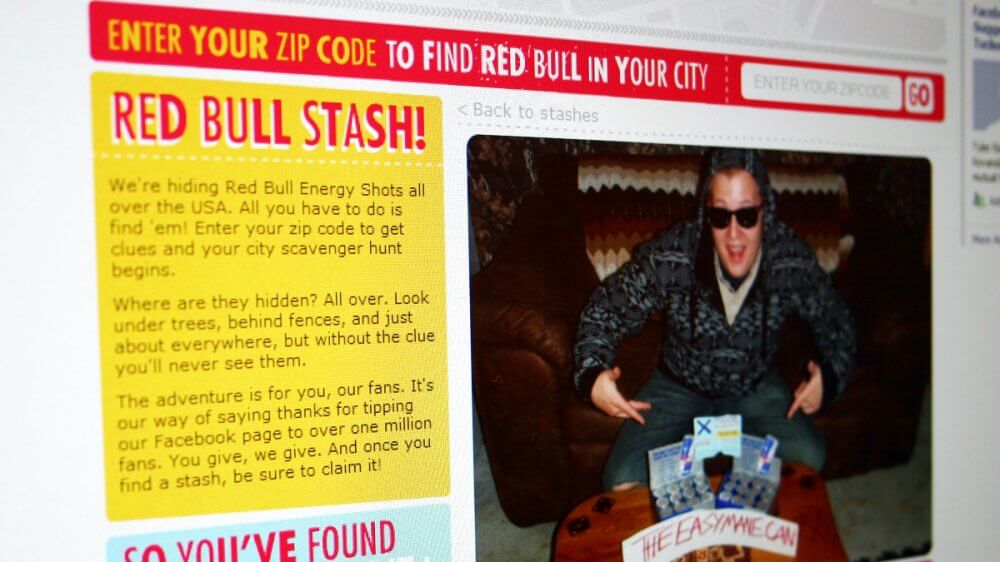 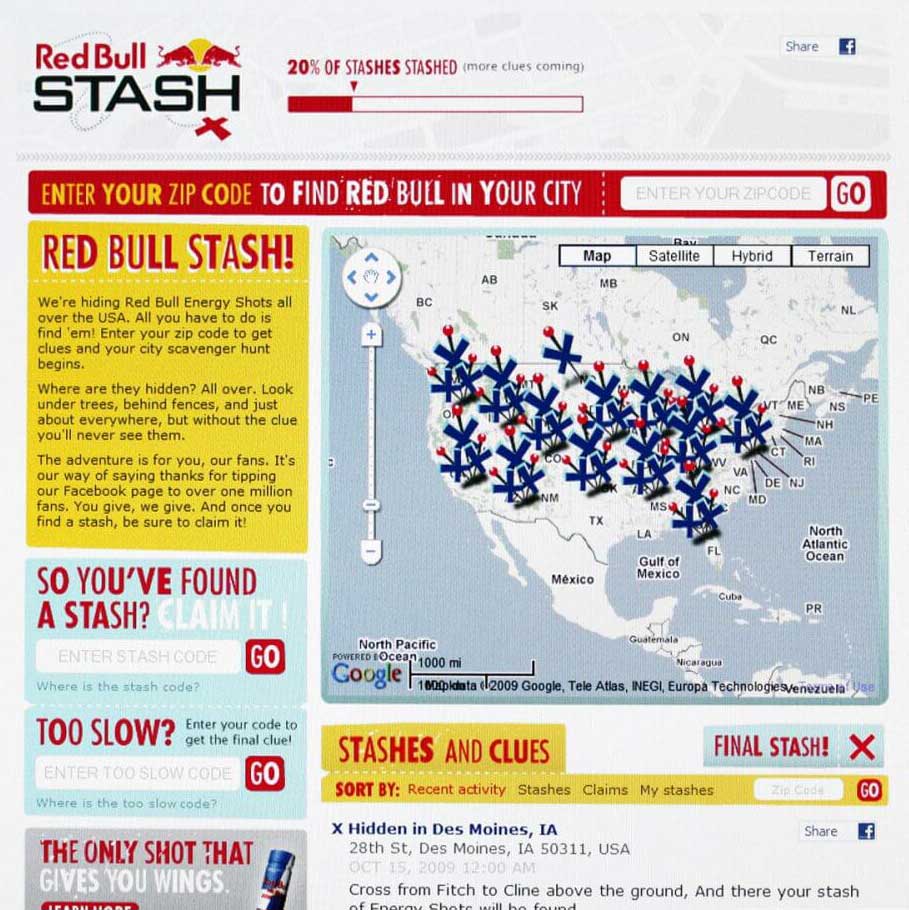 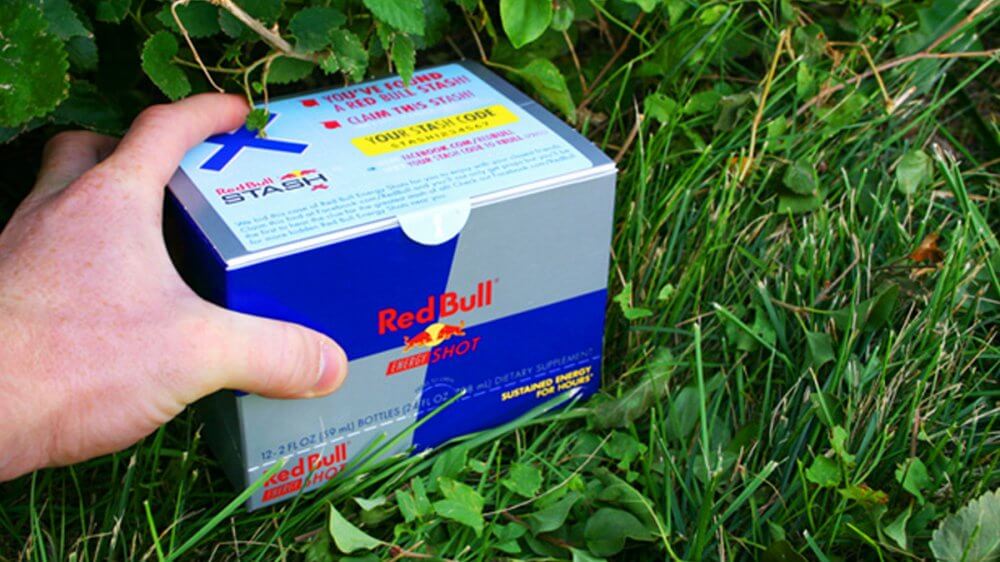