Contiki - Travel with No Regrets

Contiki established agreements with eight global influencers on social media and sent them on unique trips designed to push their comfort zones. Every two weeks two new influencers would go head-to-head and compete for votes from the public. The public was encouraged to vote for influencers based on who pushed their comfort zone the most in a series of five episodes. At the end of the voting period the winning influencer would select a fan to receive a free Contiki trip. Developed while under employment of Archrival. 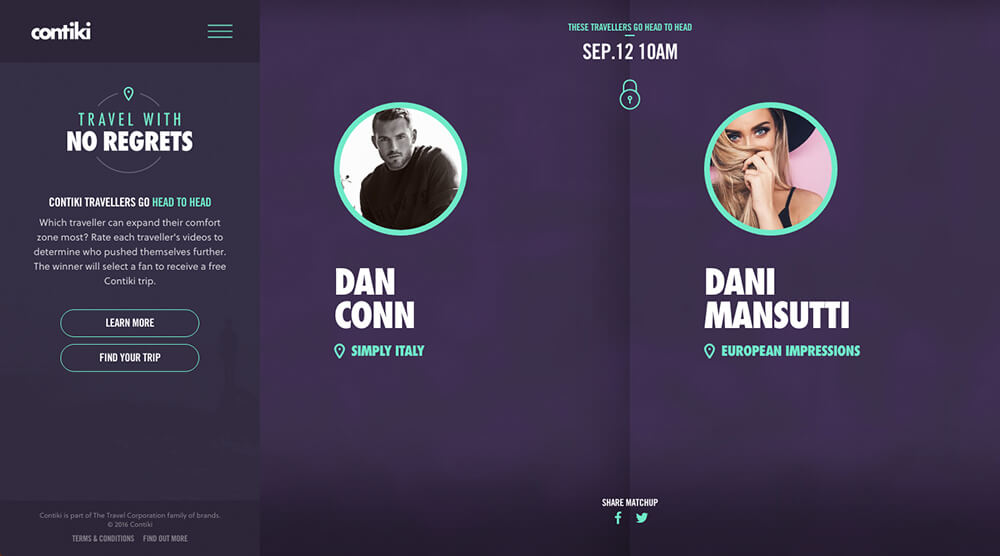 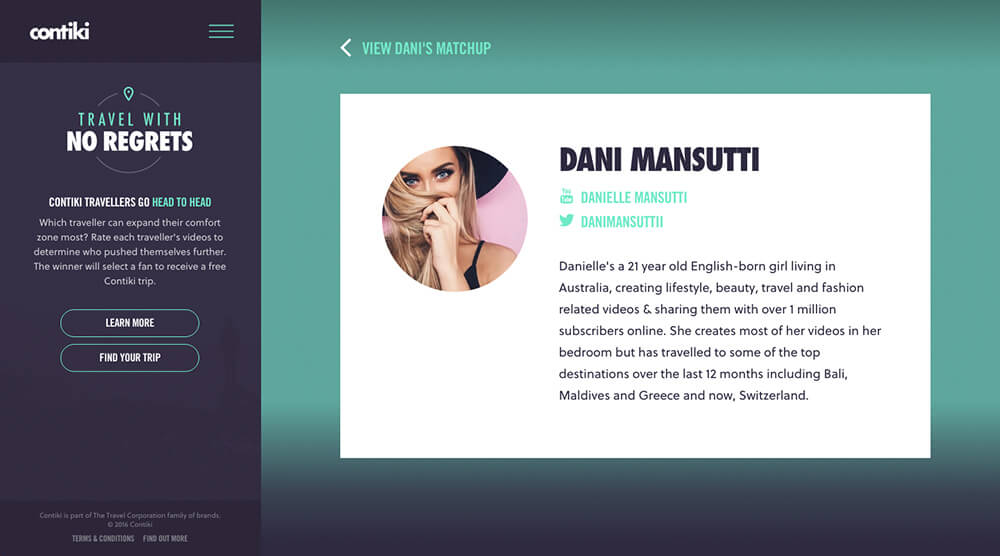 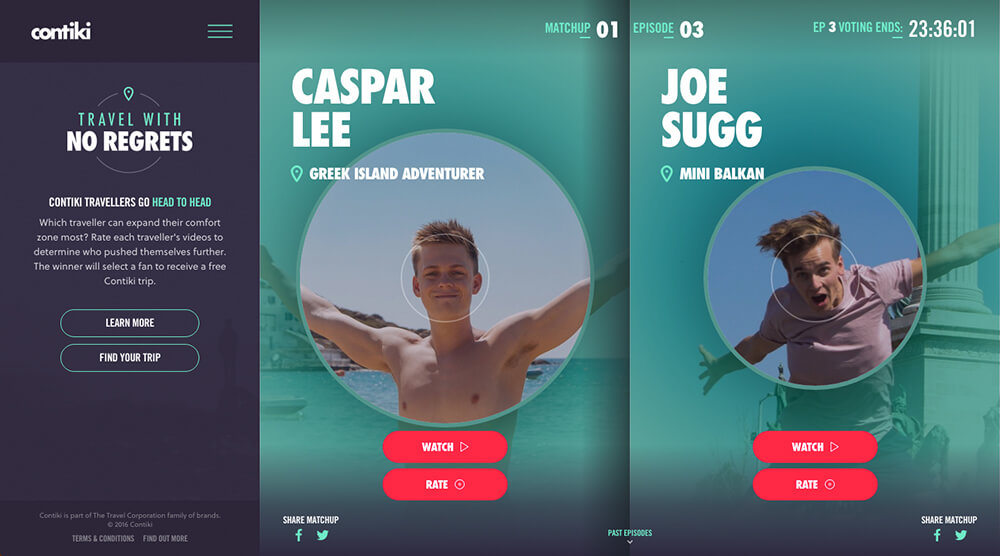 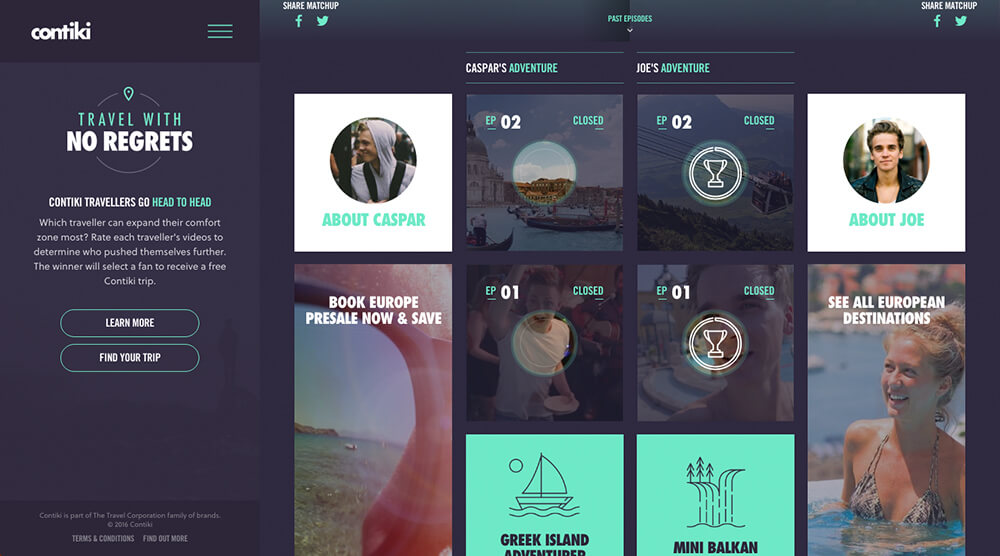 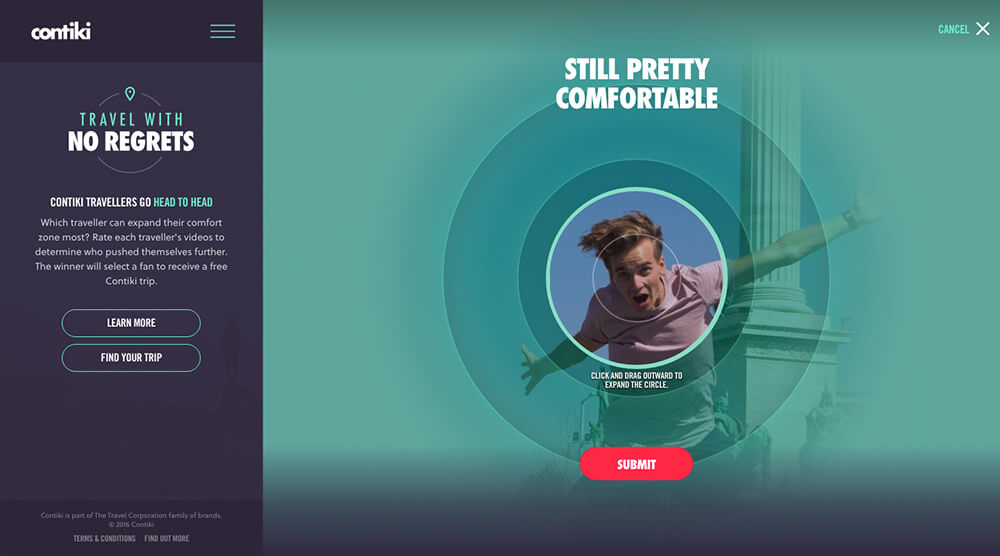 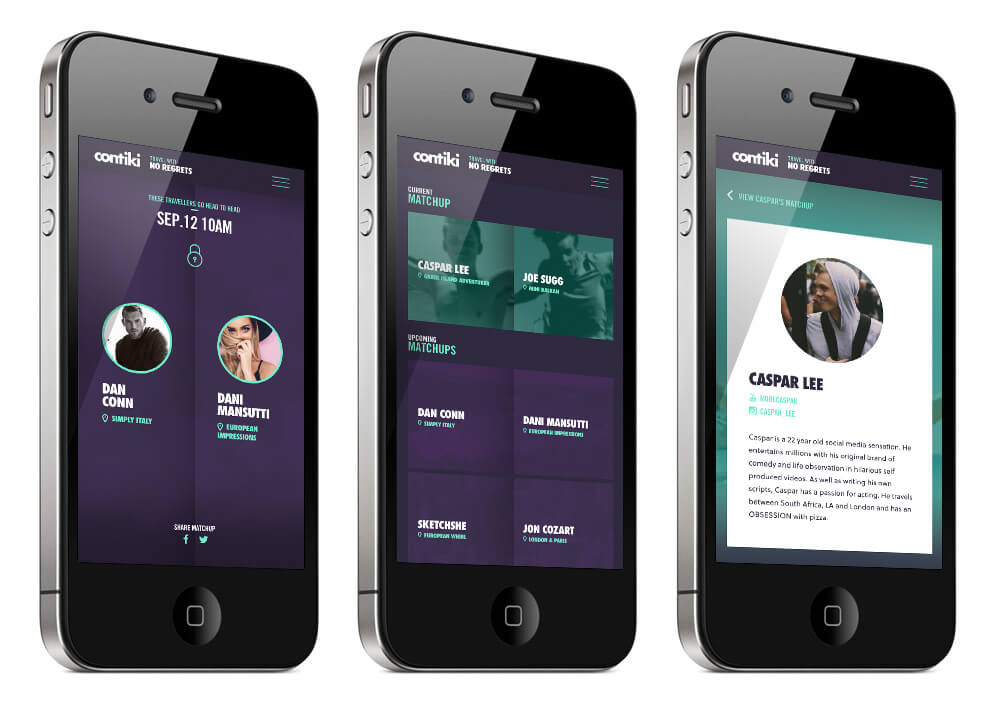 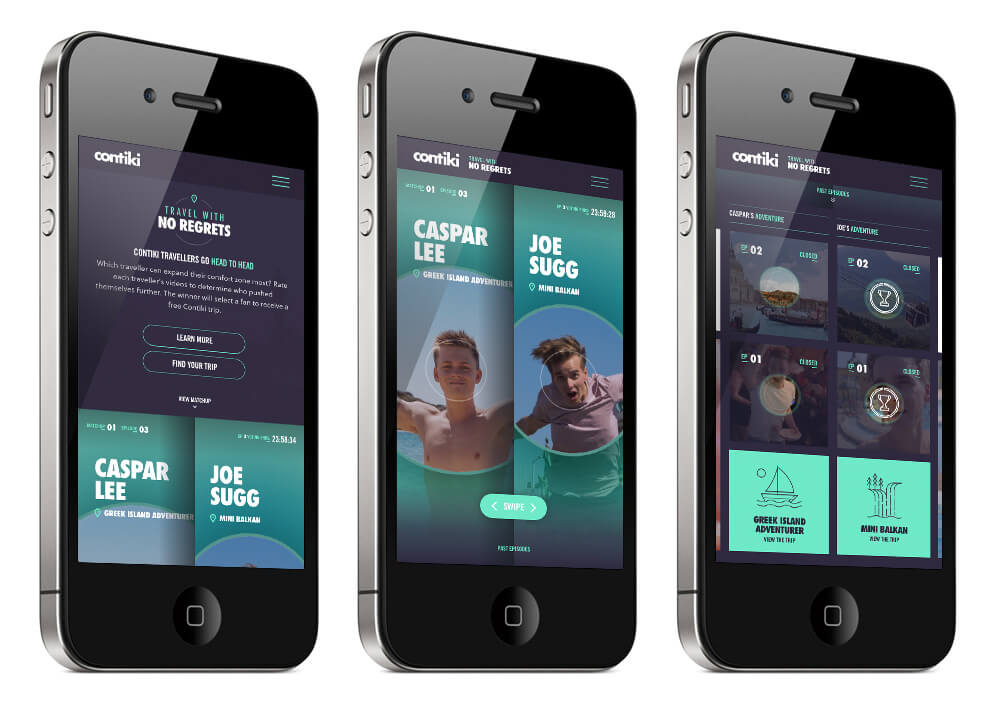 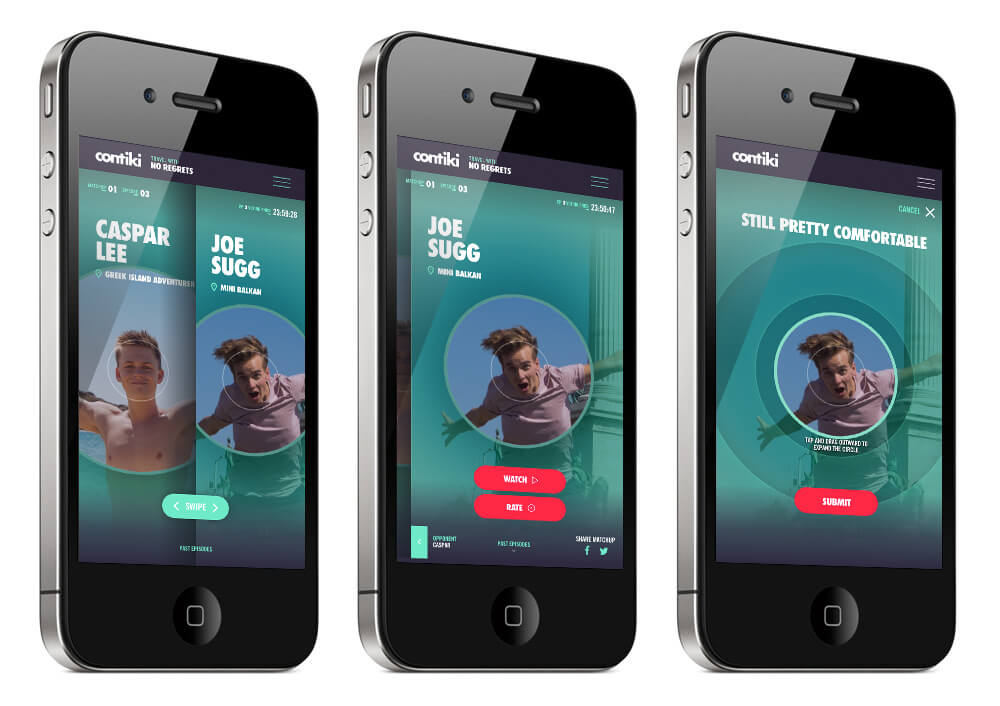 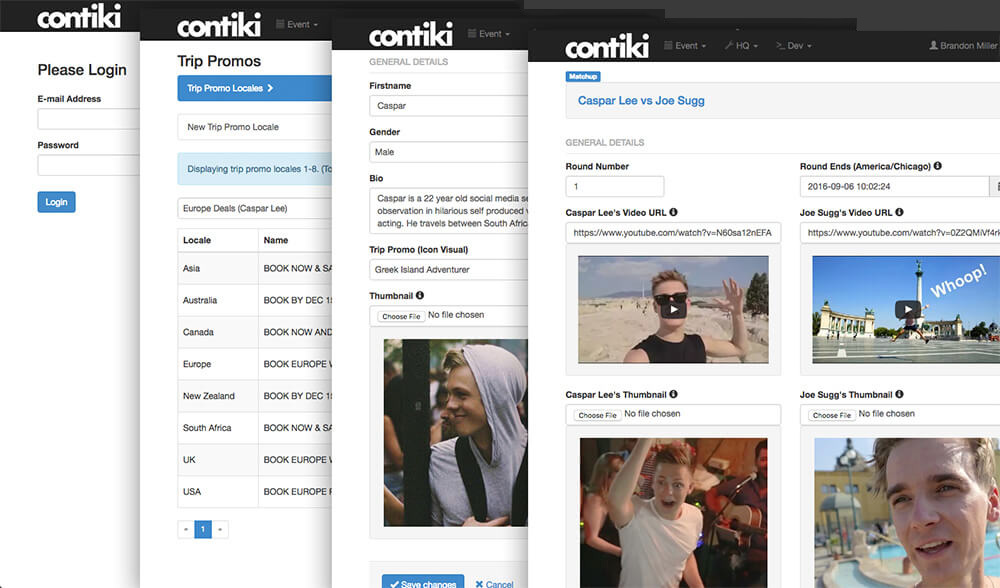 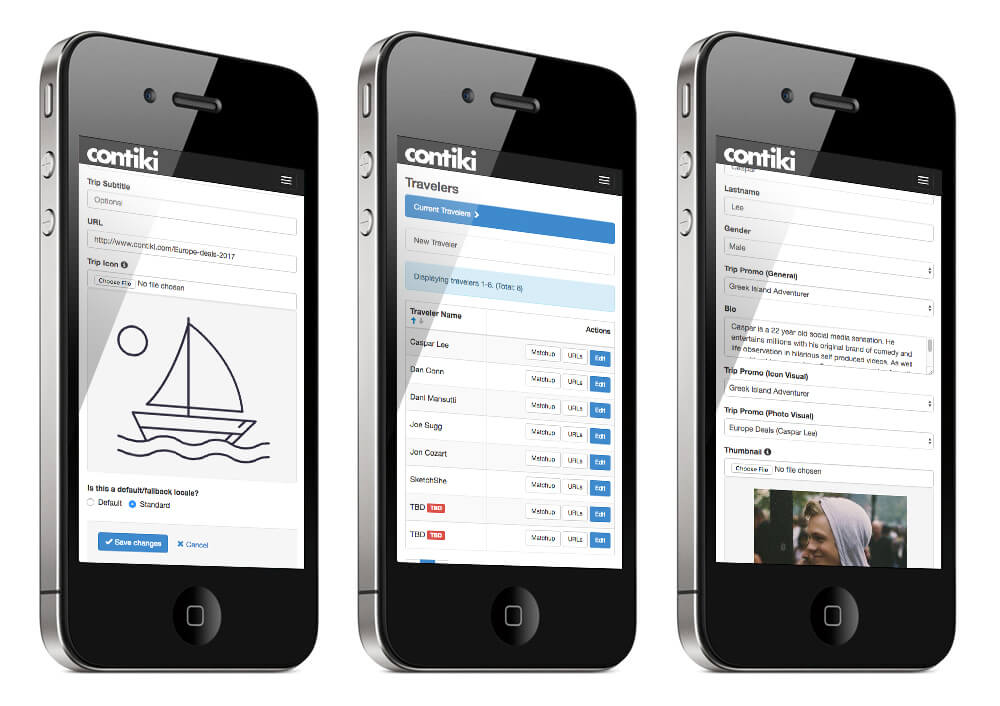